For two weeks in December 2010, artist Jim Woodall occupied the rooftop of a building overlooking the Olympic Park construction site. Sleeping in a self-made hunter’s hide constructed from locally found materials he watched the vast site through a bank of CCTV monitors that lined the walls of  his ‘control room’. Images of the Olympic security camera rigs, factories spurting smoke, and security vans touring the grounds through foggy dawns and twilights relayed to his screens. Like a hunter or a twitcher, he observed unseen.

For this exhibition, the hut is reinstalled in the gallery, acting as a monument to the legacy of the performance. The entire two weeks of recorded CCTV footage will be replayed on the interior screens. Lining the walls, screen shots of dawns, dusks and ‘events’ will show an abstracted timeline.

The secure hideaway questions and subverts how people situate themselves in relation to social codes. A ring of CCTV cameras, set up like sentinels around the hut, as well as fluorescent lights on the surrounding grounds, emulates the security operation of the Olympic site itself which is encircled by protective robotic eyes; its inchoate forms lit from below. In the mornings, Woodall would watch the sunrise mediated through screens, its glowing image repeating amidst the multiple perspectives on the Olympic buildings.

Foregrounding the effect of the mega-event on the individual, the hut provides a stage for the isolated, alienated and expectant spectator, where the waiting-game is played against mass mediation. 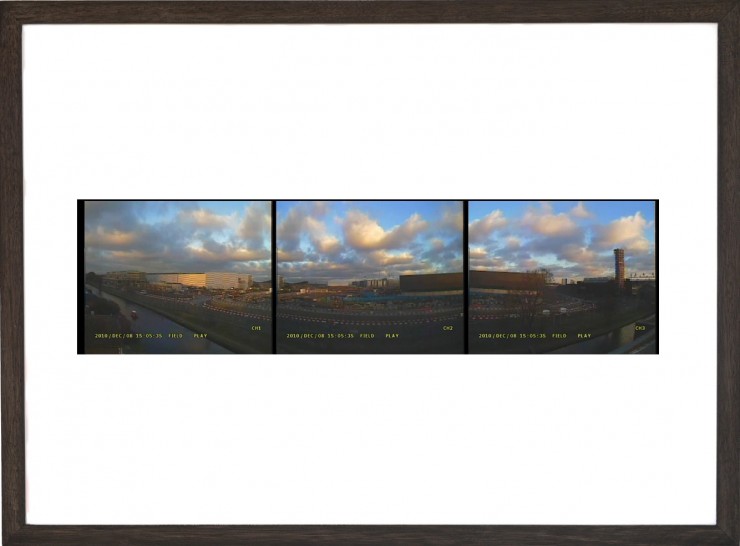 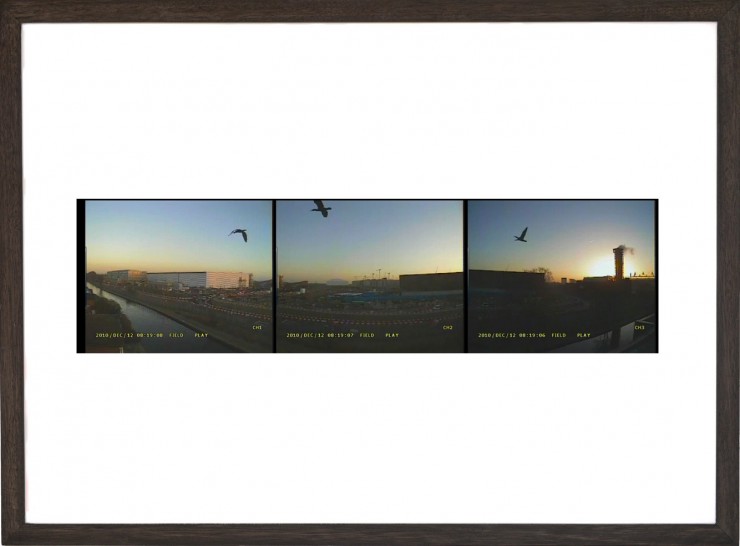 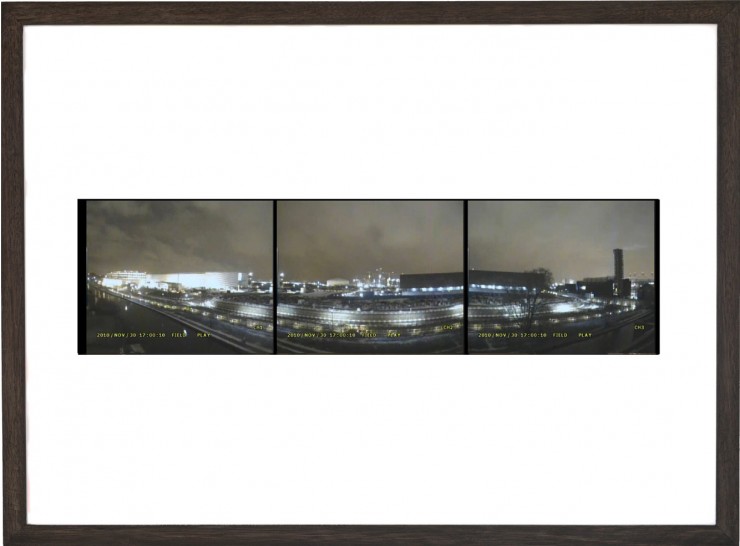 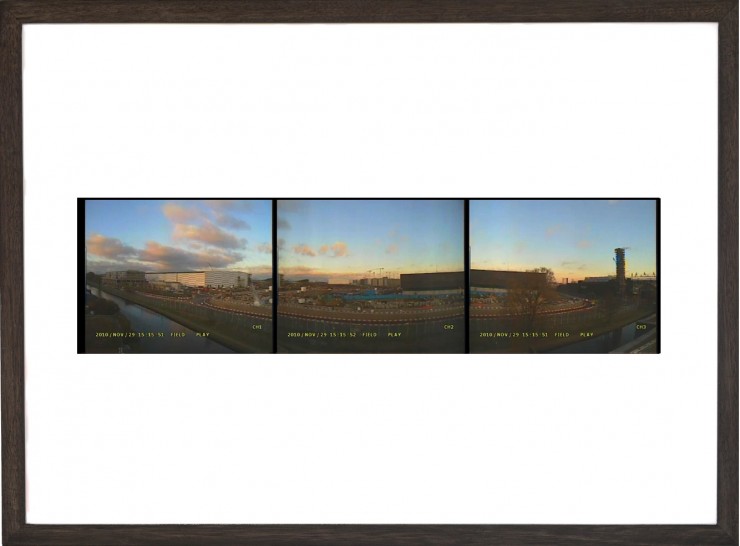 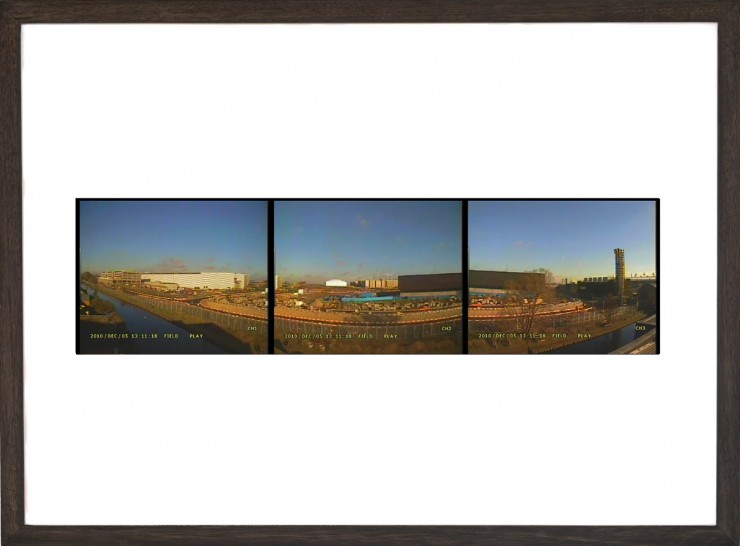 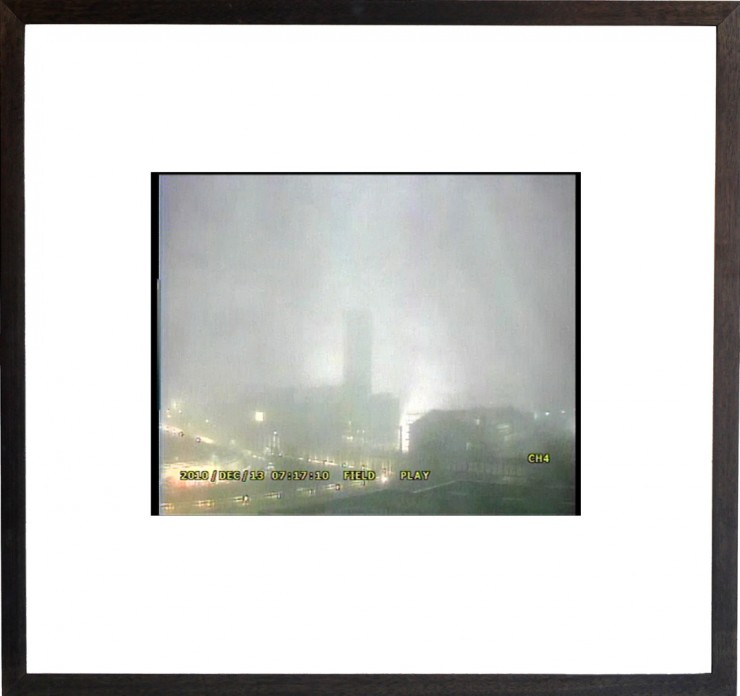 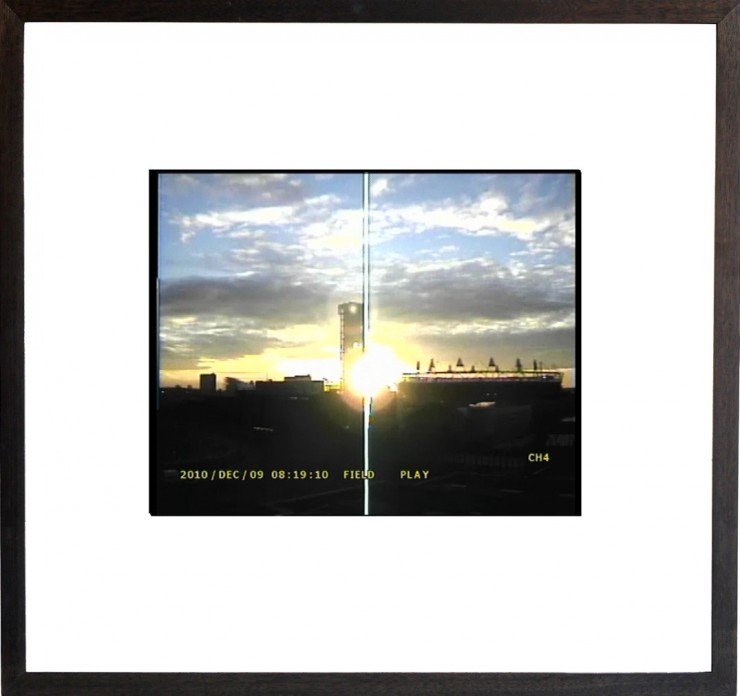 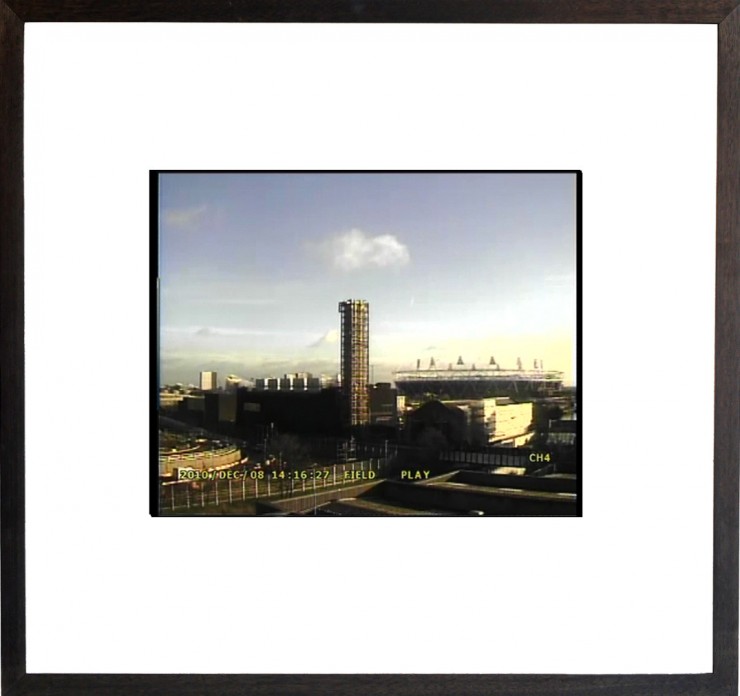 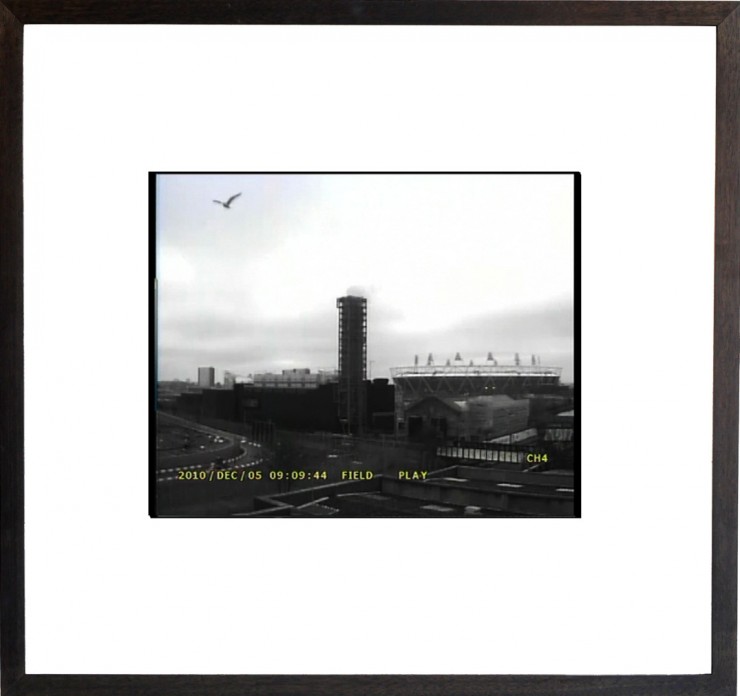 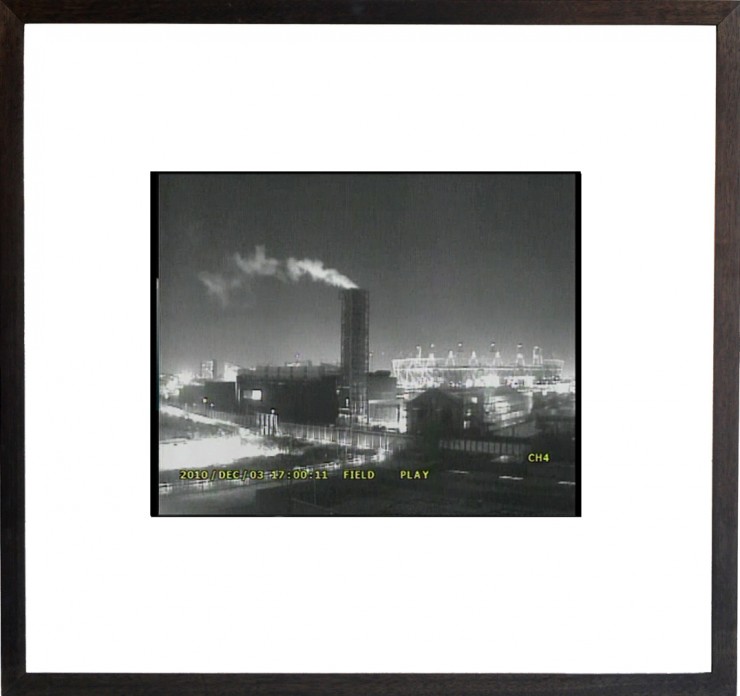 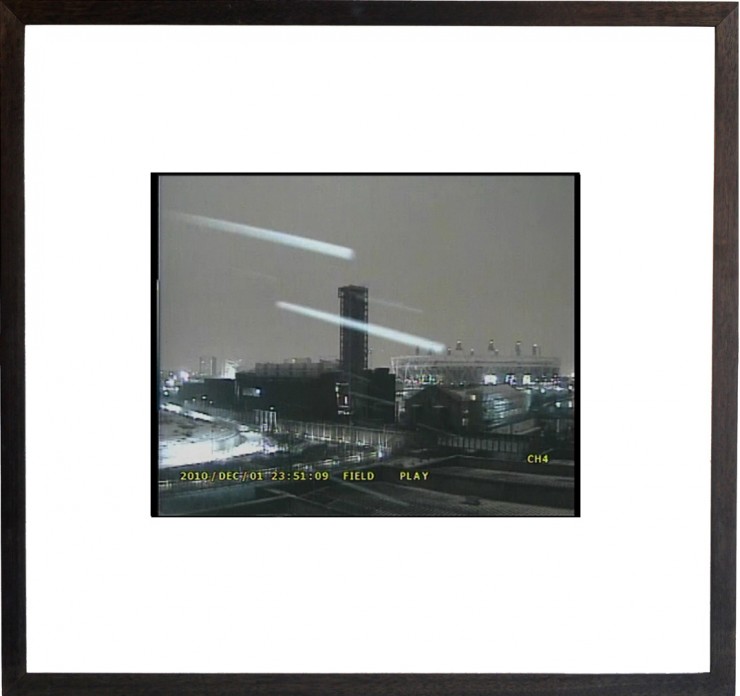 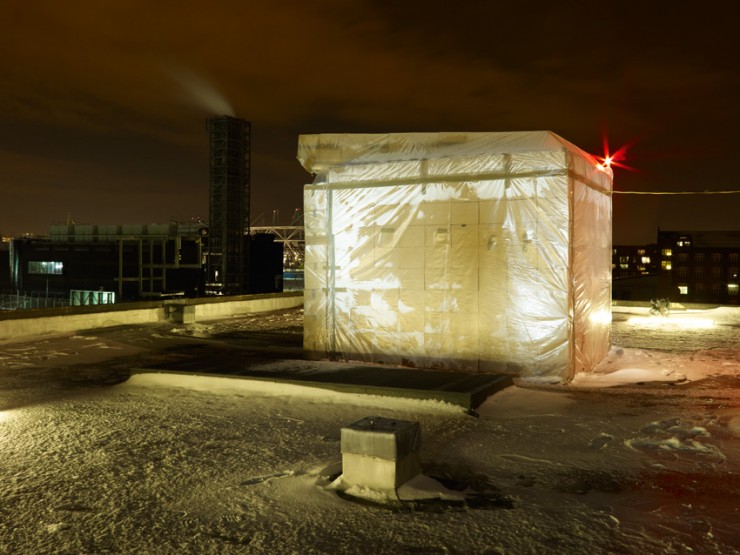 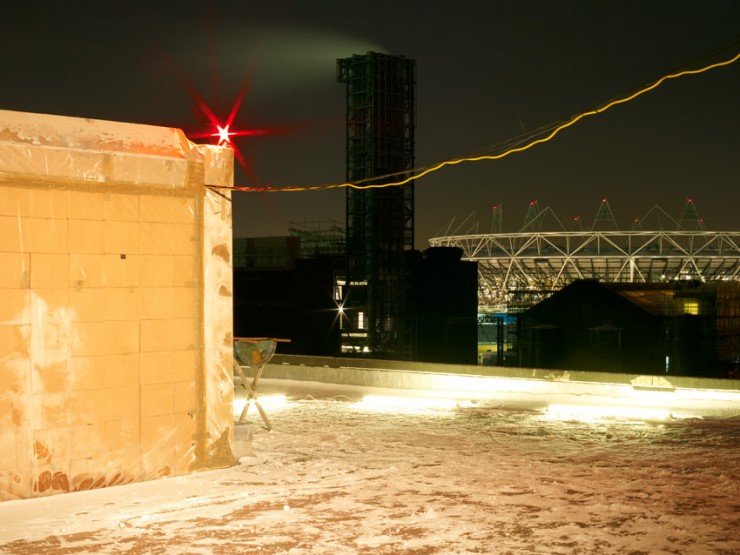 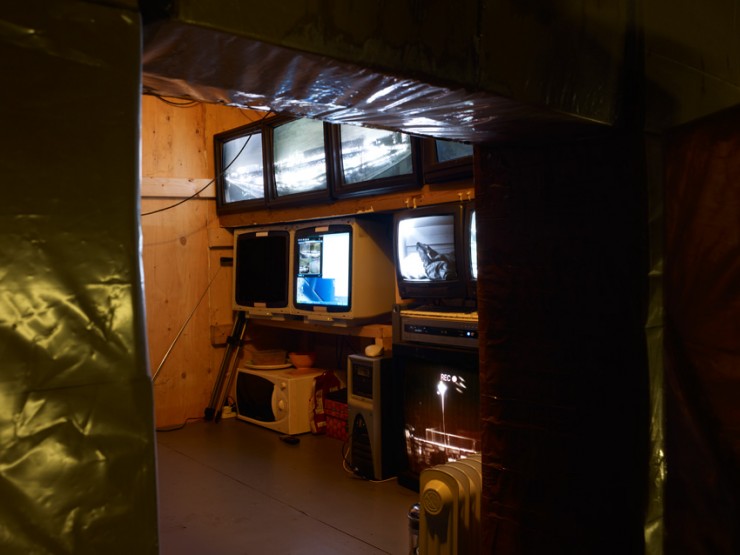 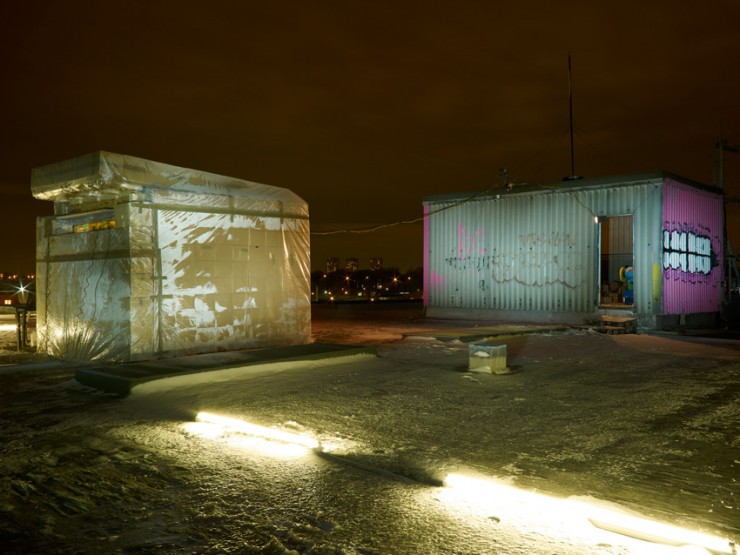